Is this the last part of our What did they do next series? Probably…possibly…maybe not. In any event, we are going to stop for the moment after we have talked about what Benoit David did after leaving the band due to ill health in 2012. Apart from the tragic loss of Chris Squire and the resulting return of Billy Sherwood, the band has maintained the same lineup since Benoit left. While he was still touring with Yes, he was also working on an album for a different band – which one? Well, maybe it’s not much of a mystery but if you don’t know, just keep listening as Mark and I explain what happened leading up to Benoit’s departure and what he did next.

The music I use is the last movement of Stravinsky’s Firebird Suite. This has been used as introduction music at many Yes concerts. My theme music is not take from a live concert – I put it together from: archive.org

Glad you covered Benoit. He’s such a nice man, and a great singer. I’ve loved Mystery since their first album, and met them on the 2013 Cruise to the Edge, where they attended as fans but did not perform. Attached is my copy of their 2012 cd signed by Benoit & Michel. Check out Benoit singing with Mystery on the song “Visions of Paradise” on the tribute album, ‘Higher and Higher: A Tribute to The Moody Blues’ in 2006. I wish he would resurface either solo or with another act, to share his voice and talent with the world. 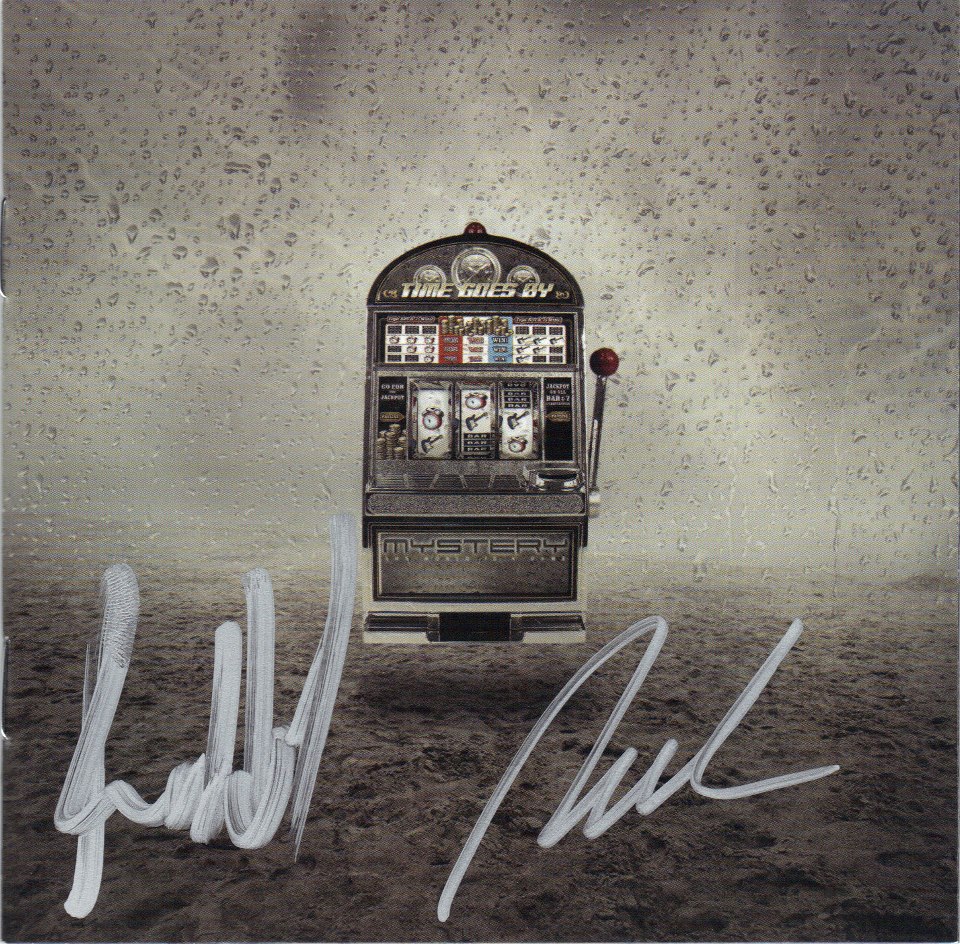 Really good to hear you showing deep respect for Benoit, who stepped in and kept the band moving forward at a difficult time. His singing on ‘Fly From Here’ is excellent, and it’s disappointing that this seems to have been virtually excised from the catalogue by the re-recording, which is not nearly as good vocally.

While I think you’re right that constant touring can over-strain the voice of a singer with less experience of constant and lengthy concert performance, the difficulty that Benoit ended up having was perhaps the result of two related factors. One was his general health (not just his vocal health), as he notes in a number of interviews. The other is that, without any modulation down, some of the Yes catalogue was testing the very upper limits of Benoit’s range, and that is going to exact a price eventually. It’s unlikely to be sustainable over many years. (This was even more dramatically the case with Trevor Horn in live performance, of course).

It needs to be remembered that Jon Davison had not toured extensively at all before joining Yes, either. However, he has coped wonderfully. That’s partly because his range can absorb everything the music can throw at it (even some of the material Jon Anderson struggled with in later years), and partly because he has done the training and exercises necessary to keep his voice in top condition.

Props to both of them (Benoit and Jon D), and I shall look forward to re-acquainting myself with Mystery before next week. Mark clearly knows their output better than me, and if he reckons that this particular album is among their finest, that’s good news. I’m sure a number of us will listen with renewed interest!

Thanks for another excellent pod. I saw the tour with Benoit and Ollie in Chicago. Though I totally missed Jon (and still do!), I loved hearing Machine Messiah. And You And I was particularly wonderful and powerful that night. ✌

“What Did They Do Next?” is going out in style, spotlighting two of the band’s undoubted good eggs. The feature has maintained a irresistible journalistic balance between broadsheet explorations of the wider world of the musicians who’ve passed through the band, and lurid tabloid inspection of the dynamics of the people involved.

Between them, Benoit David and Jon Davison have brought much to the band, and before writing off one at the expense of the other, remember that although Benoit sang on “Mystery” tours, only Jon sang on “Mystery Tour”. I think I’d rather have the Benoit experience, there…