In part two of our exploration of what Trevor Rabin did next, this week Mark and I have been listening to his solo album, Can’t Look Away. There’s plenty to like and plenty to discuss so look out for that later on.

I own Live in LA on CD, and it’s available on Spotify, at least here in Norway (a country which coincidentally also skips spring).

It opens with Cover Up, but with a completely different intro. In fact, it’s the intro for Lift me Up from Union and then it goes into the normal Cover Up song. The song is otherwise very similar to the album version.

Sorrow opens up like on the album, but the intro is slightly longer, and Trevor talks over and says the song is the new single, and that it’s about a friend of his from South-Africa, when said friend met his wife. The song ends in a jazz like jam, instead of the synth coda from the album

He then goes into one of my Trevor favourites, namely Heard You Cry Wolf. This is stadium rock at it’s finest, and it’s a fine version.

This leads straight into the familiar intro for Changes, which like on 9012Live is longer. This is where you realise how good Trevor’s vocals are. I have to say that Jon is sorely missed in the chorus. It just doesn’t feel right with this vocal arrangement with his touring band.

We then go into the Eyes of Love, including the intro which is really not connected to the rest of the song. There is a nice synth solo there. It’s a pretty straight forward version, but longer than on the album. It clocks in at 8 minutes because Trevor does some intense soloing.

“We’re gonna do a song from the Big Generator album,” Trevor says. And then comes the guitar intro for Love Will Find a Way. It’s when I hear this version I realise how little Jon actually is on the original! His band really comes through on the vocals here.

Sludge is extended to five minutes, where the guitar and the drums are dueling over several sections. It’s kind of cool to listen to, especially the jazzy piano moments.

Then we go into the title track from Can’t Look Away, and it’s 11 minutes long because the sections are extended. Oh, he does the “singing through a phone” bit on the first vocal lines.

The comes the Make it Easy intro and we all know what comes next. In fact, Trevor let’s the audience sing most of the verses and it kinda works and makes you feel you are there, inside the club, with a sweaty and partying audience. Thankfully the song isn’t dragged out like they often do live.

A straight forward version of Something to Hold on To is next, before Solly’s Beard finishes off. I can imagine this was an encore Trevor would do after the real gig had ended. (This was not on the original CD release from 2003, btw)

Overall I like this album. The sound is like listening to a good bootleg taken from the soundboard, but it’s obvious the concert never really was intended for a commercial release. It’s just put out there as it is, and there is no overdubs or fixes (not that the awesome musicians here needed much of it, really).

But there are several points where you can hear female vocals. So either they did this with pre-taped trickery, or 2-3 women go uncredited here.

I have three copies of this CD, with three different covers. Only the latest release (2014, I think) has Solly’s Beard. 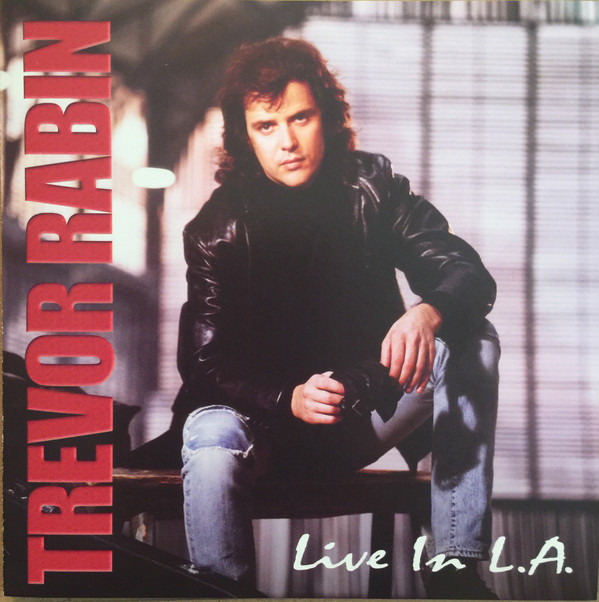 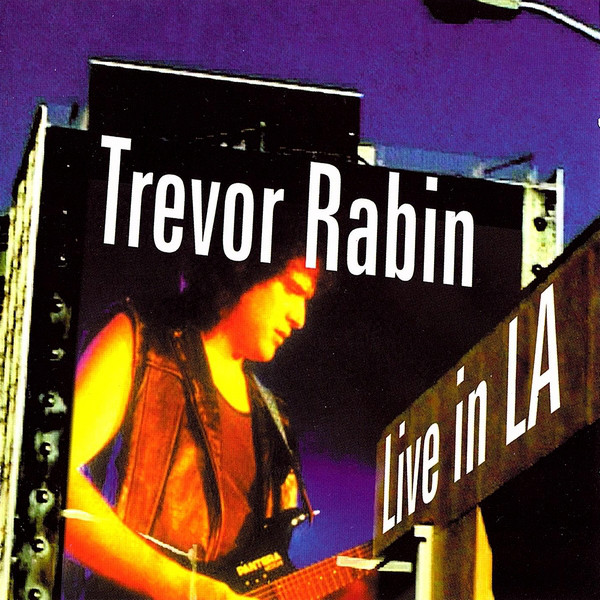 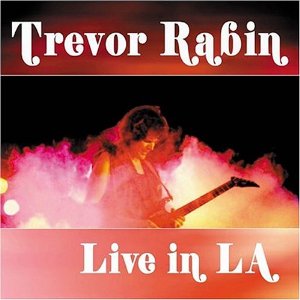 Wow! Thanks so much Hogne! This sounds like an album I should invest in. Great to know Lou is in the live band and they do a bit of Yes!

I highly recommend Trevor’s Live in LA album to anyone who doesn’t have it. High energy, great band, great production by Trevor. I have all 3 versions.

To answer Kevin’s query, Roger is working on artwork for a new Asia release (I can’t say more); a Close to the Edge project (can’t say more); and a new Yes project, which will receive much attention & press when the time comes.

Ooooh, how very intriguing! It all sounds like we are about to enter yet another golden age of releases!

Drummer Denny Fongheiser was in Heart in ’93-’95, when they went on haitus. He is back in a reconfigured Heart since last year, where I saw & met him in Cincinnati in July.

As I said last week, I interviewed Trevor after his Cleveland gig in Nov ’89. Here is my vinyl album of ‘Can’t Look Away’ that Trevor signed for me. 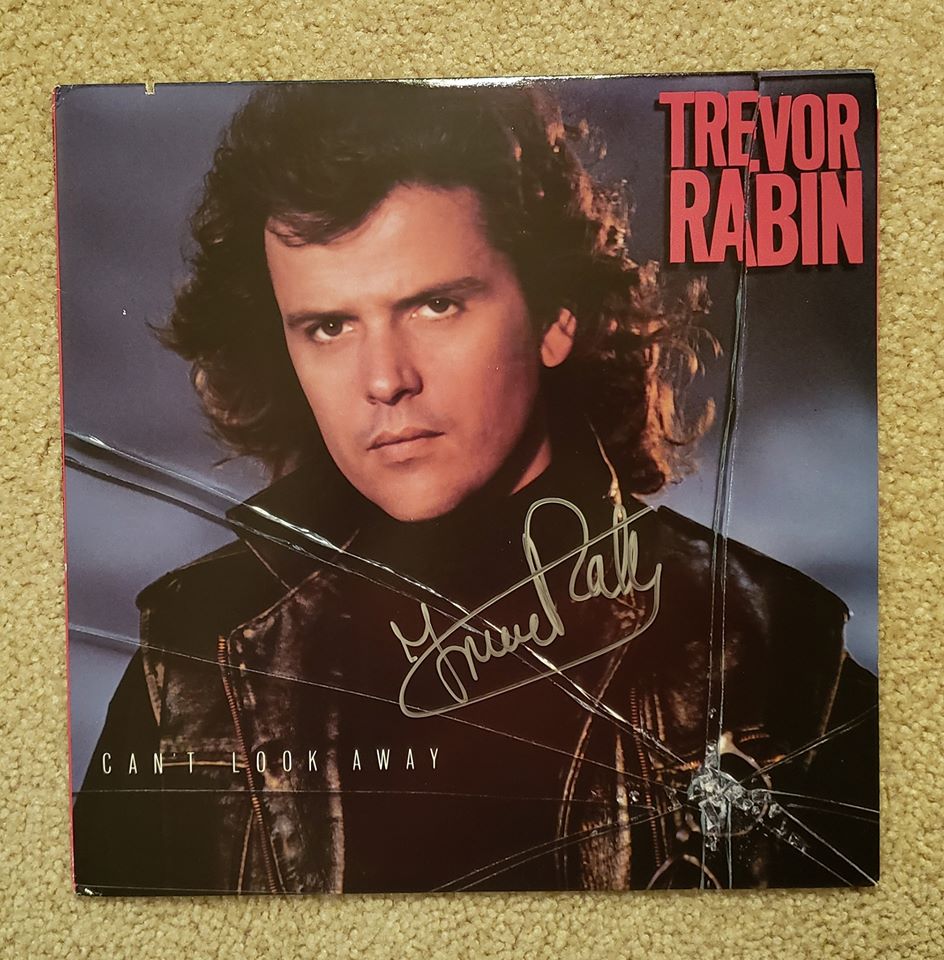 This is my very rare 12″ test pressing of “Sorrow” from Trevor’s ‘Can’t Look Away’ album. Trev signed it for me after I interviewed him backstage after his fantastic Cleveland gig in Nov ’89 on his solo tour. 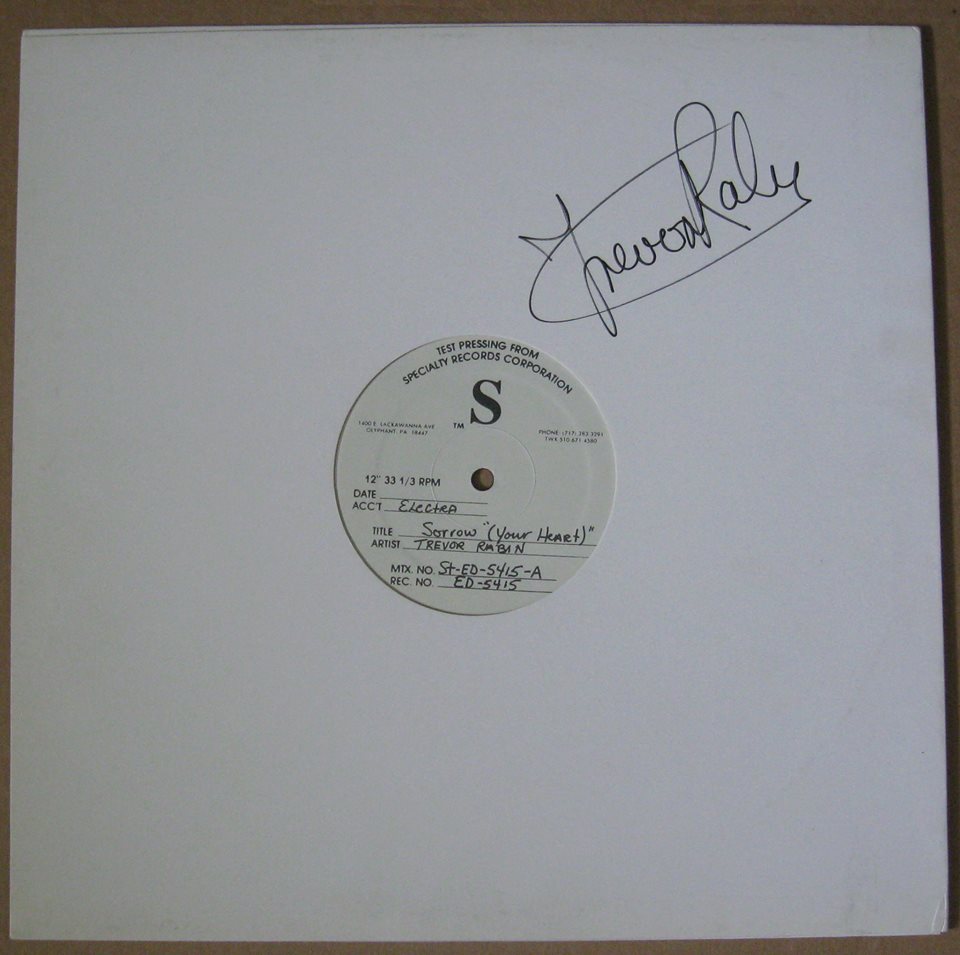 Excellent – thanks Doug. Did this single ever get released though?

Kevin, I’ve never seen or heard of a commercial 45 single release for “Sorrow.” I’ve only seen the 12″, which was sent to radio stations by Elektra.

This is my comp ticket to Trevor’s gig in Cleveland on Nov. 28, 1989 on his solo tour for ‘Can’t Look Away.’ BTW, I only know of 16 shows performed on that tour. Trevor wanted a longer tour but promoters didn’t bite in other cities. You can see the ticket price was $13. Those were the days! Never posted anywhere before now.

Another priceless artefact, Doug. Thanks very much for all the information and the photos!

Good to hear Duncan Faure’s name mentioned, on backing vocals. Duncan was also a member of Rabbit, and after that band ended he went on to front the Bay City Rollers! It is interesting to hear Duncan and Trevor working together again after quite a few years.

I went to school with Duncan, so his name jumped out when you mentioned it.