We were delighted to be able to interview Yes book author, Martin Popoff, this week. ‘Time and a Word – The Yes Story’ is just one of his more than 50 music titles and we had a great chat about Yes members he has interviewed. Also, you can win a copy of Rick Wakeman’s ‘Two Sides of Yes’ and Mark reviews Patrick Moraz’ ‘Out of the Sun’. There’s even time for another vinyl segment and Mark looks at some Yes promotional albums this time.

Get Time and a Word – The Yes Story 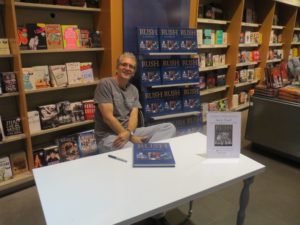 END_OF_DOCUMENT_TOKEN_TO_BE_REPLACED

It was very exciting to speak to Steve Howe this week and ask him about the forthcoming UK and European tour as well as Yes’ plans for the future.