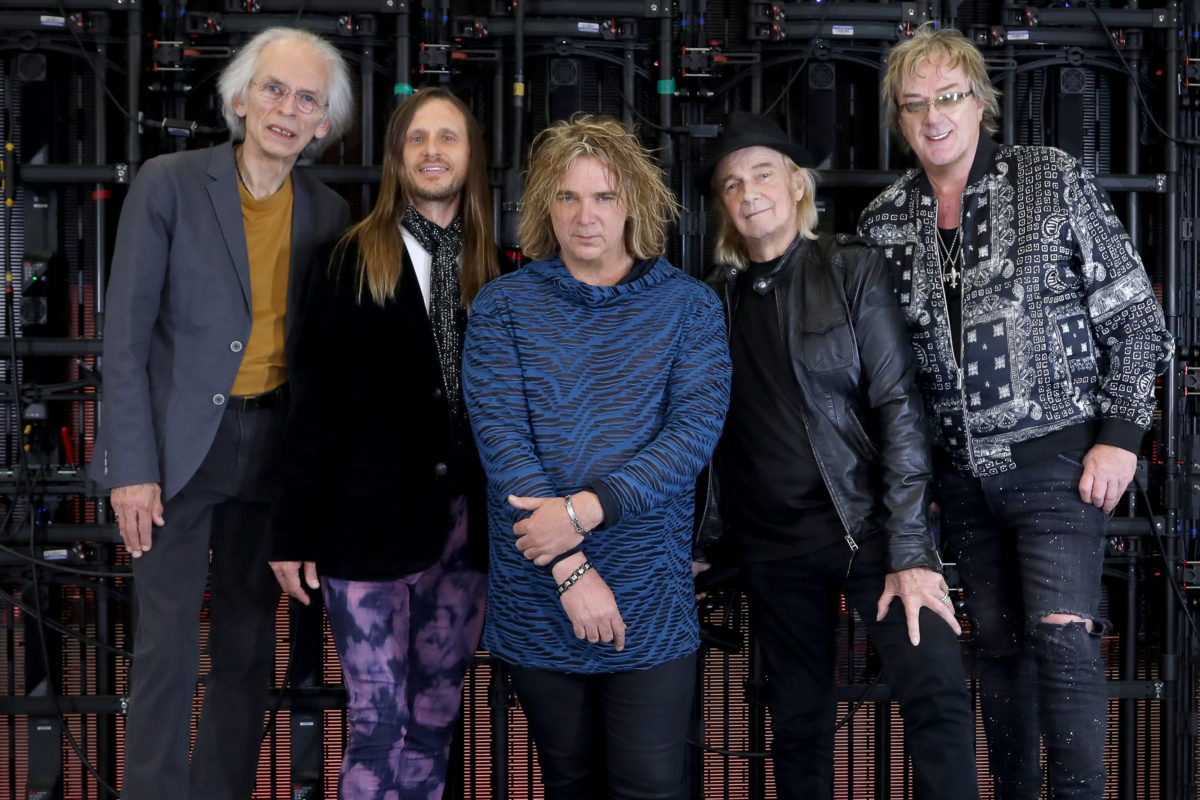 YES, one of the most innovative of all prog-rock bands, and true legends of the genre, have announced a 8-date UK tour for May and June of 2020. The Album Series 2020 Tour will feature their 1974 Relayer album in its entirety together with a selection of other classic YES favourites. An extensive European tour will be announced soon.

The show will comprise two sets by the band with full production and a high definition video wall. The first will feature favourite classic tracks from YES’ extensive catalogue. The second will feature
Relayer, the seventh studio album by YES, and one of the band’s most distinctive. Relayer marked a slight change in direction as Patrick Moraz replaced Rick Wakeman on keyboards bringing an edgier, avant-garde feel to the album. This was perfect for the opening track Gates Of Delirium, almost 22 minutes in length, with its battle scene featuring the keyboard of Moraz and Steve Howe’s guitar. The battle gives way to the beautiful closing ballad Soon, a prayer for peace and hope.

The album continues with Sound Chaser, a prog-rock-jazz fusion experiment heavily influenced by Moraz’s style and To Be Over, a calm and gentle conclusion to the album, based on a melody by Steve Howe.
Released in late 1974 on Atlantic Records, Relayer continued YES’ success reaching number 4 in the UK album chart and number 5 in the US Billboard chart.

“We are really looking forward to playing ALL of the Relayer album” says Steve Howe. “Having premiered The Gates Of Delirium this year, we continue by expanding our Album Series with all the tracks: The Gates Of Delirium, Sound Chaser and To Be Over.” Howe goes on to say: “During the first half of the evening we’ll be performing a refined selection from Yes’ enormous 50 year + repertoire.” See you there!” Alan White comments: “I always enjoy coming home to England so I’m especially looking forward to Yes’ upcoming “Album Series 2020” tour. “Relayer” I believe, is one of the most creative and interesting musical compilations in the bands repertoire. Challenging and extremely enjoyable to play, I’m happy to be bringing this music back to live stages throughout Europe. I hope all who attend our shows will enjoy these cuts as much as we like performing them for our audiences.”

Tickets go onsale at 10.00am Friday 11th October and are available from: 24hr Ticket Hotline: 0844 249 2222 bookingsdirect.com Meet & Greet packages available, for info go to yesworld.com Showtime is 8pm.
Roger Dean will attend every show on the UK and European dates, and will have an exhibition of his iconic art, will be available to chat with fans front of house and sign merch, plus will be in the VIP meet and greets.

The John Wetton Estate proudly announces work has commenced on a solo career box set featuring expanded editions of his iconic albums and a lavish hardback book. 12th June 2019 would have been John’s 70th birthday.

Since John Wetton’s passing in January 2017, his family, friends and management have been working on finding a fitting tribute to such a remarkable man and iconic artist. The result of this labour of love is a box set entitled “An Extraordinary Life”, dedicatede ntirely to John’s solo career. The project has the full support of John’s wife, Lisa, and his son, Dylan, who are wholly involved with compiling the contents.

The set will include definitive, remastered editions of each of his six solo albums, with bonus tracks and artwork selected by John towards the end of his lifetime, and in some cases expanded to two discs:

An Extraordinary Life will also feature a lavish hardback “coffee table” book written by one of John’s friends, the journalist Nick Shilton. Nick has interviewed dozens of John’s collaborators, peers and associates, both in and out of the music business, as well as friends from his childhood and through all eras of his career, collecting a multitude of exclusive, poignant and wonderful stories along the way.

This box set – a “must have” for every John Wetton fan – will also feature high resolution video tributes as well as unique bonus material. The Official John Wetton website will launch a dedicated webpage entitled “An Extraordinary Life” which will become an ever-evolving digital gathering place for the inner circle of John’s fans.

An Extraordinary Life will be completed during 2019 and initially be exclusively available via Burning Shed ahead of a wider scale retail release. The Burning shed store is now at https://burningshed.com/store/john-wetton

To celebrate John’s birthday, and as a teaser to the box set, we release a never before heard fly-on-the-wall of an early Asia rehearsal, recorded exactly 38 years ago today on June 12, 1981. Ricky Nelson has lovingly nurtured this Holy Grail recording, and has created a collage slide-show of rare photos through the decades to remind you of John’s genius. The question arises – what song did this morph into?

Further, Ricky has curated a special video recording of John’s last ever tour singing Asia songs, with the Rock Meets Classic arena tour in March 2015, where John delivers a supreme performance, one of his finest ever versions of “The Smile Has Left Your Eyes”. This will be a special release today at 12noon UK time from John’s twitter page [see below].

Dylan Wetton says: “This is helping me come to terms with the loss of my Dad, and is opening my eyes to his genius. It is truly a labour of love”.

Lisa Wetton says: “When you open your box set for the first time, you will know that every person involved with its creation was touched deeply by John Wetton. You will be playing the music that revealed his personal life story, and you will be perpetuating a legacy that was meant to be a shining light for everyone. The physical light may have flickered out on January 31, 2017, but there is an extra radiant star aglow in the firmament today. It is my hope that when you listen, you will still feel the warmth from that light, and hear the Lion roar for generations to come”.

Sadly, my father passed away in the early hours of Monday morning so I’ve been engaged in all the practical arrangements, as you can imagine.

Mark and I will try to record a short 2 Pence for this week’s episode and I hope to be back to normal on the show from next week.

The wonderful portrait above of my dad in his study was taken by my son, William, just a short time ago. 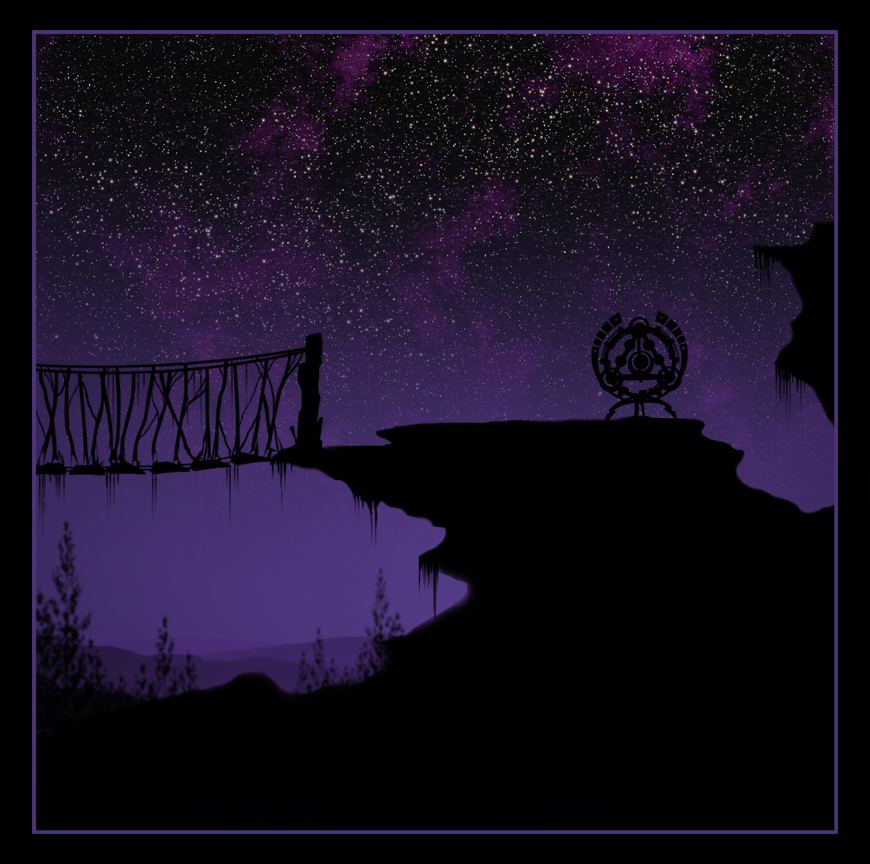 After our great interview with Bob Cesca last week, he very kindly shared the following ‘work in progress’ images from his work on Magnification and Symphonic Live. (Click to enlarge.)

Here’s how he explained the prototype images:

After our chat the other day, I scrounged up some old work-in-progress Magnification era images from my archives. Thought you’d enjoy.

No one has seen these since Jon in 2001-02. At one point, I built a version of the Moorglade Mover. We were thinking about linking Magnification with the story that began with Olias and Fragile. Even though Roger’s work has been adapted by other Yes artists, namely David Fairbrother Roe the artist who designed the Olias album, I thought it was too derivative for Magnification, so I quietly buried the concept in lieu of the story of the IDR and the talisman.

The image with the silhouetted bridge and talisman is what I wanted for the Magnification cover. Lost that debate with Jon. It was eventually used as the back cover of the EP, so it wasn’t wasted.