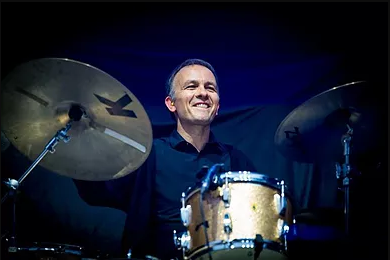 It’s somewhat of a bumper episode this week. Later on we speak to Dylan Howe about the Steve Howe Trio album, New Frontier and Mark and I also reveal the answers and winners of the Epic Competition but before all that, there is some pretty amazing breaking news which arrived literally minutes before I recorded today. It’s in the form of a press release:

25th October 2019: YES has returned to the recordings made in late 2010 to mix the four completed tracks as new content for a miniature five piece box set of recordings from that era.

Oliver Wakeman has personally overseen the preparation of the previously unreleased recordings which were mixed by Karl Groom and mastered by Mike Pietrini.

The box and one of the booklets features new artwork by Roger Dean, and the graphic design was undertaken by Oliver Wakeman, plus the set also includes his newly written liner notes about his time in the band.
The double CD album LiveFrom Lyon was first released in 2010 and this edition restores “Second Initial” which was previously a Japanese only bonus track. The booklet for Live From Lyon has been re-designed and expanded.

Steve Howe described the project as “Good music never goes away or lays down to the commercial pressures that exist. Oliver’s compositions, “To the Moment”, “Words on a Page” and “From the Turn of a Card” demonstrate his musicality and talents, while working together on it’s arrangement “The Gift of Love” explores the collaborative essence of Yes, pooling ideas and then working together on its arrangement, whilst utilising all of its many themes and variations. Karl Groom and Roger Dean both contributed their skills towards making this a worthy further ‘page’ in Yes’ long and diverse musical adventures.”
Oliver Wakeman says: “Following Chris Squire’s passing, I felt that the new music we’d created, but not released, should be heard and not sit unfinished on a shelf. And with Steve, Alan and Benoit’s enthusiasm for the project, I am proud to know that this music will get to see the light of day and, hopefully, be enjoyed by YES fans as a piece of previously hidden Yes history.”

Alan White added: “I’m pleased to see a gem of YES history coming to fruition in the form of this mini box set. New songs from the past and I’m hoping we can find even more music in the archives for future releases.”
The set is IN STOCK NOW and exclusively available from the band’s own Burning Shed store and it cannot be bought in the shops or on Amazon.

The mini-box set and a vinyl release of the new songs are exclusively available here:
https://burningshed.com/store/yes

The music from Dylan’s suggestions: