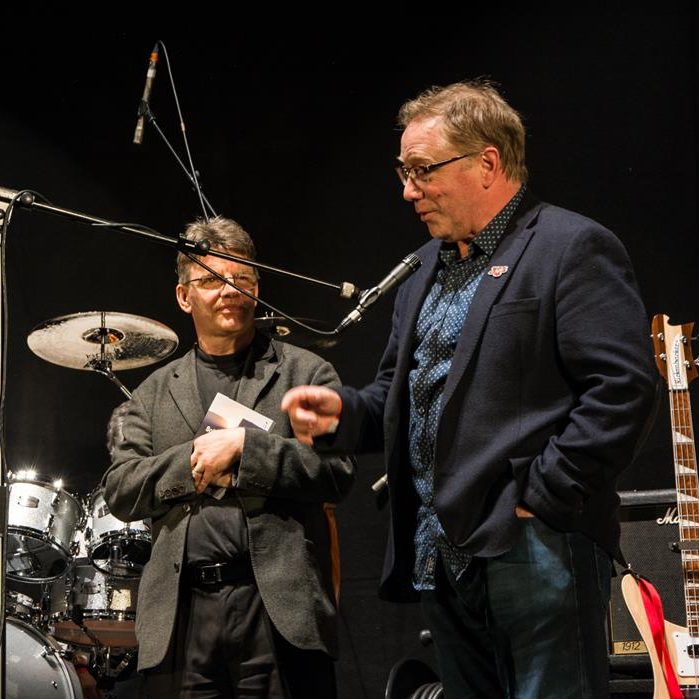 I catch up with Dave Watkinson in a secret Westminster location to talk about YES50, his article about The Warriors in Record Collector magazine and a competition connected with it. Listen for details of how to win yourself a copy of The Warriors live in concert CD!

Also, Mark and I discuss some current Yes topics as well as James Bond themes!

Play For Chris 4 on the third anniversary of his passing:

3 thoughts on “Dave Watkinson interview – Plaques, A Competition and Warriors in the basement! 344”