YES, who are Steve Howe, Alan White, Geoff Downes, Jon Davison and Billy Sherwood, release their new studio album The Quest on InsideOutMusic/Sony Music on 1st October 2021. “It is simply an honour for me to have the opportunity to bring together the band members in the development of a well-refined set of songs that capture the band’s true potential,” said Steve Howe, who produced the album. He added “Much of the music was written in late 2019 with the rest in 2020. We commissioned several orchestrations to augment and enhance the overall sound of these fresh new recordings, hoping that our emphasis on melody, coupled with some expansive instrumental solo breaks, keeps up the momentum for our listeners.” Additional percussion was provided by guest Jay Schellen who supplements YES’ live performances.

Label Manager Thomas Waber said “I am delighted to welcome YES to the label and am looking forward to seeing the reaction of the band’s fans to the new album. Being a long-time fan myself, I am really excited by the new material. Steve Howe managed to capture many of the important elements that we all love about YES!”

Containing 11 songs, 8 on the main CD with 3 extra tracks on a bonus CD, The Quest will be available on Vinyl and 5.1 Blu-ray and CD, all on the day of release.

Pre-orders will start from 23rd July.

YES Story
For half a century YES have been the definitive band of the progressive music genre, the band by which all others are judged. Their ground-breaking albums of the 70s set the standard for the genre and influenced countless others who followed in their wake.
The current line-up of YES was completed in 2015 when Billy Sherwood replaced founder member Chris Squire, at Squire’s insistence, as he bravely fought a losing battle with leukaemia. Since then, YES have concentrated on touring with their Album Series tours, each featuring a classic YES album in its entirety. During this period YES have released three live albums Topographic Drama – Live Across America (2017), Yes Live 50 (2019) and The Royal Affair Tour: Live in Las Vegas (2020).
The music of YES has endured over the years and has been handed down through generations of music lovers.
YES – THE QUEST Released on 1st October
Pre-orders will start on 23rd July
Formats: Limited Edition Deluxe 2LP + 2CD + Blu-ray Box-set, Limited Edition 2CD+Blu-ray Artbook, Gatefold 2LP+2CD+LP+booklet, 2CD Digipak and Digital Album.

5 replies on “The Quest – the new Yes album revealed!”

Wow,I mean wow,no really WOW! I hope the music is as good as Roger’s cover,WOW………by the way I was at Trading Bounderies a couple of weeks ago and asked again if Roger might want to be on the YMP and the answer was Yes. 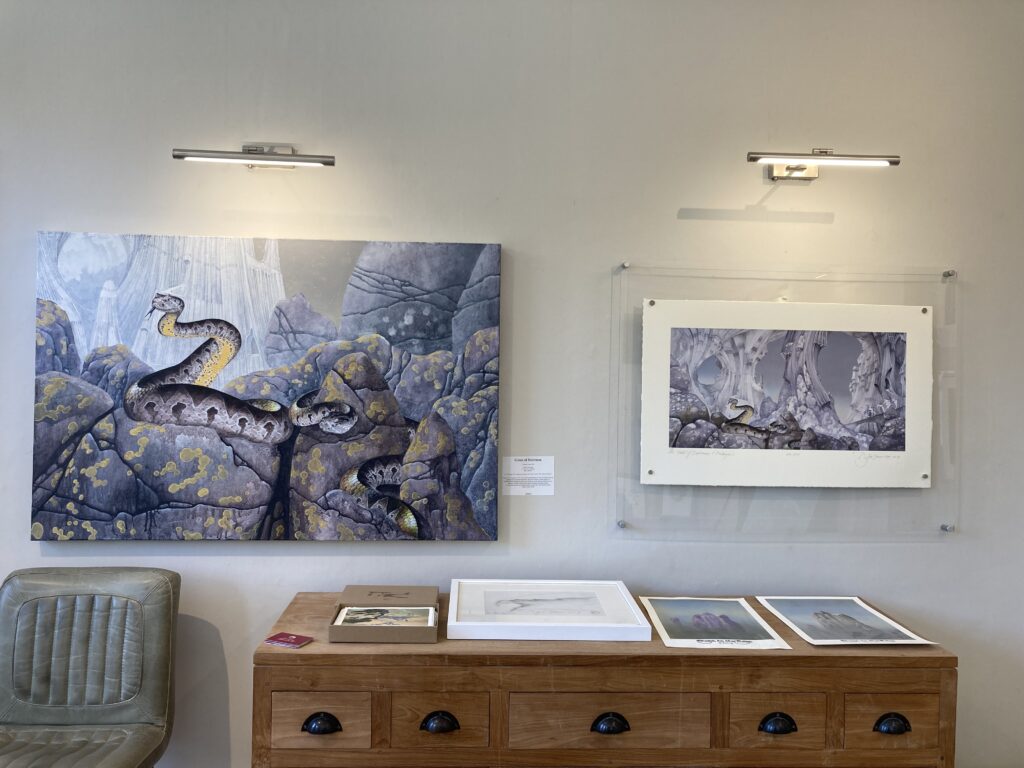 The 1.5 CD thing is weird. It should all fit on one CD. But that artwork is one of the best covers!

I’m trying to keep expectations low, given that ‘Heaven and Earth’ underwhelmed, and the track length posted suggests no ‘epic’ songs. That being said, however, the cover is spectacular, and Steve Howe has suggested that ‘H & E’ was rushed – they certainly had plenty of time to get this one right. Fingers crossed!

With the exciting news of The Quest inevitably there are YES fans that have to say something negative right out of the gate. It stems from a Loyalty/Love issue. Some YES fans seem unaware that the band was changing out members from the very beginning. Over the 50 plus years of the band it has been their standard operating procedure to have musicians come and go. Some even come back. Some fans feel their loyalty or love of a former member means they can not accept the current line-up when in reality enjoying current YES does not diminish or take away from that love or loyalty in any way, yet they feel a need to automatically dis anything new. It is senseless especially with a band that has had consistent line up changes for half a century. Compare nothing and take each line up and release as a unique addition to the band’s history. I can not wait to hear it.

I’m always looking forward to a new Yes album, and indeed “The Quest” is a hotly anticipated one. They’ve taken their time with it, so that bodes us well I think. Will it be the next “Relayer” or ‘Close To The Edge” ? I don’t think so, but it will definitely be the next “Yes” album.