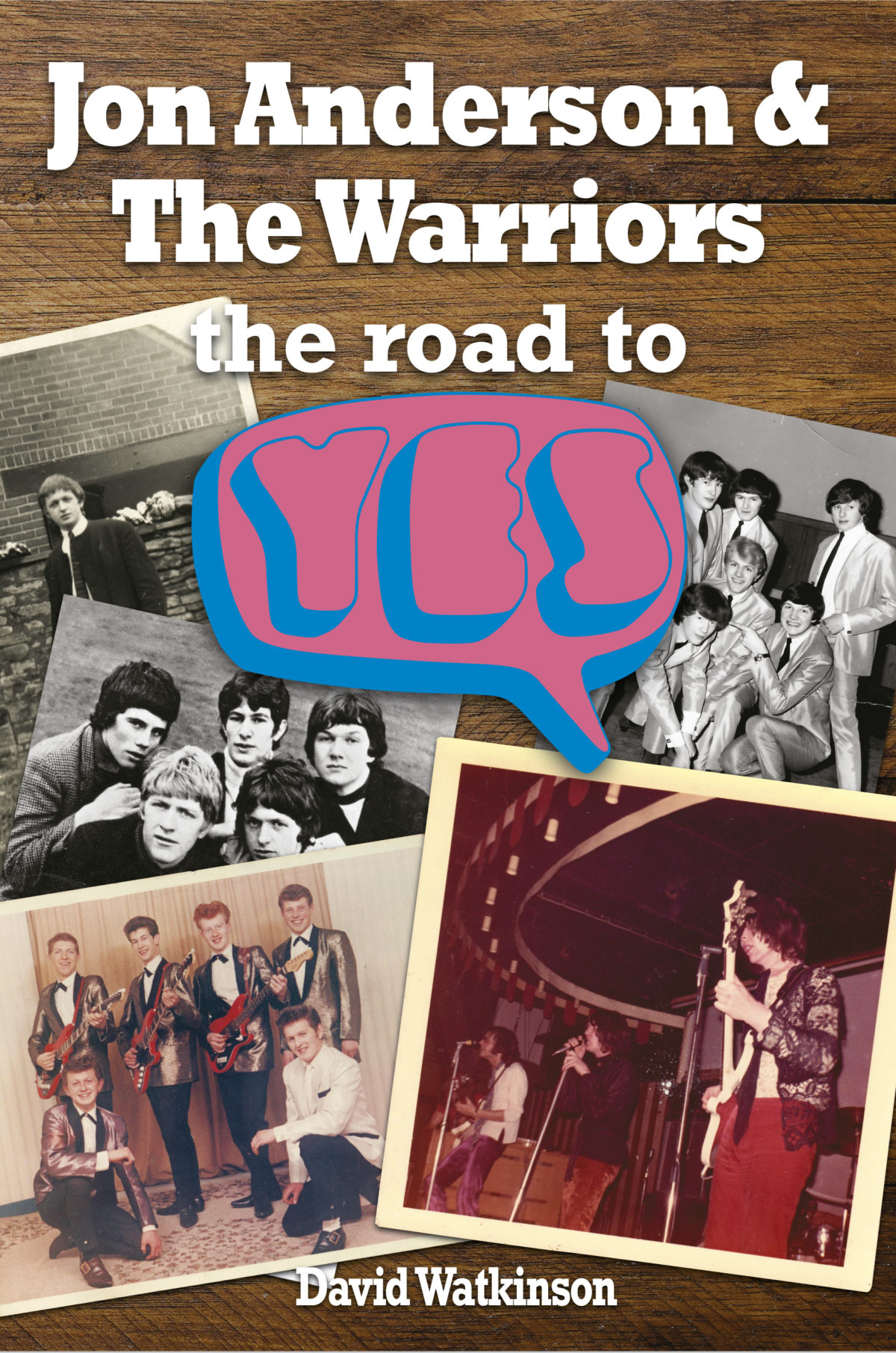 This week we speak to YMP stalwart and accomplished author David Watkinson about his new book which is finally available to pre-order on Burning Shed’s website. Jon Anderson and The Warriors – the road to Yes is a remarkable achievement and sheds light on a period of music which was critical to the establishment of Yes and to the creation of the force of music Jon Anderson. Mark and I were delighted to be given the chance to read the book first in the world so do stay tuned for our reactions to it and plenty of detail from Dave himself.

If you would like to support the Yes Music Podcast financially and also have access to exclusive activity and opportunities, there is a special page you can use to sign up and 2019 is the time to join us:

Jon Anderson and The Warriors
The road to Yes
David Watkinson

A new biography of Jon Anderson, which covers his early life and his
time in The Warriors, up to the formation of Yes and the release of the
band’s first album in 1969

To be published on December 13th via Summer’s End Festival
Promoter Stephen Lambe’s Sonicbond Publishing Company and will be
made available exclusively via Burning Shed.

Author David Watkinson takes us on a journey from the Lancashire
beat music scene in the early 1960s to the vibrancy of London later in
the decade. In the short time that The Warriors existed ‐ from 1963 to
1967 ‐ they released a single, appeared on TV and in a movie and spent
a year following in the Beatles’ footsteps as a working group in
Germany.

As well as providing a complete history of The Warriors, this book
also follows Jon’s subsequent career in London, via appearances with
Gun and his brief solo career as Hans Christian. He finally met Chris
Squire and found a home in Mabel Greer’s Toyshop, as that group
gradually morphed into Yes during the summer of 1968. The book
includes new interviews with Jon and many members of The Warriors,
who were in the band through its various line‐up changes, most for the
very first time. It also features a newly‐researched family tree, never
before seen photographs, both of the Warriors and the first line up of
Yes, plus many items of memorabilia and an exclusive look into the
band’s diaries. It closes with a comprehensive discography and a
collectables section.

Initially, the book will only be available only in a limited hardback
edition of 250, priced £25. All copies will be numbered and signed by
the author, David Watkinson, and will be made exclusively available via
Burning Shed. The book is 224 pages and features over 200
photographs, most unseen for over 50 years. A paperback edition will
be published in Europe on March 27th 2020, and June 26th in the USA.
This later edition will be available via all normal bookselling channels.